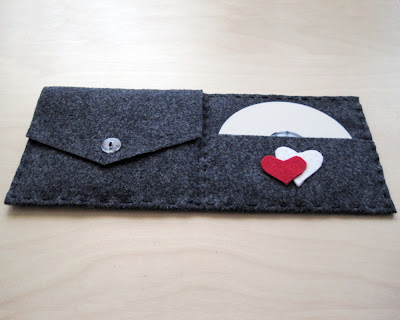 Over the weekend I was feeling crafty.  With Valentine's day coming up next week I decided to make a more unique card this year.  I'm a big fan of getting gifts that are more than expected.   Who isn't I guess.   This little felt card also has pockets for a CD and a personalized note.  Hopefully the card itself can also be used for something too.  Receipt holder, store photos, etc. 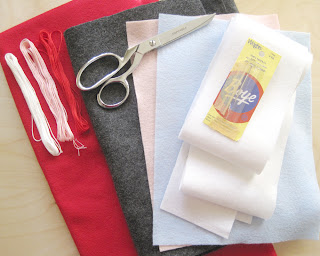 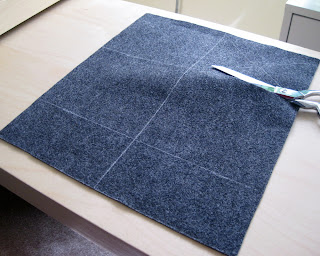 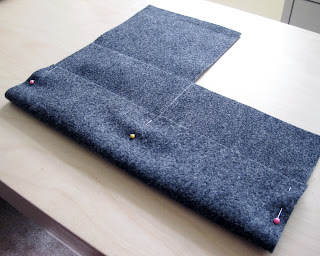 Step 2:
Fold the outside pieces into the center, smaller flap first.  Pin the smaller flap along the crease line. 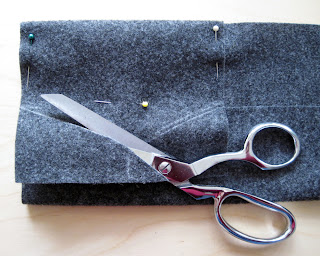 Step 3:
On the larger flap measure down 2 3/4" and make a mark on either side.  At the bottom of the larger flap mark the center point (should be 3").  Make a line from the outside marks to the center line.  Cut along the lines to make the envelope shape.  The top flap should overlap the bottom flap.  When done, undo all pinning. 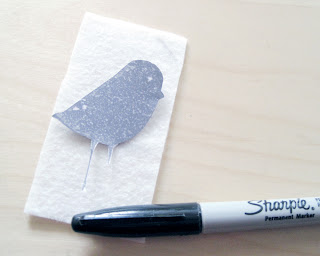 Step 4:
Find an image of a bird online. Print and cut out at a size that is proportionate to the valentine.  Trace the bird onto the white felt and cut it out (repeat for other bird).  Using a hot glue gun, glue the birds onto the front of your valentine leaving room to sew the branch.  I also cut out a little bow and bowtie, but decided against it later. 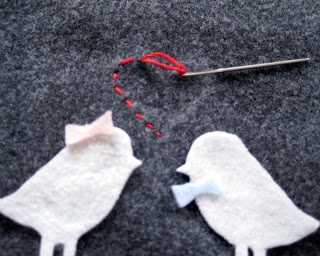 Step 5:
With chalk draw a small heart above their heads.  Using the red embroidery thread, stitch the outline of the heart.  Try to make the stitches as clean looking as possible on the reverse side because they will be seen when the envelope is open.  For added detail cut out a small heart using the red felt and glue it into the sewn heart. 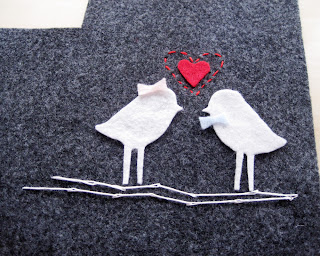 Step 6:
Outline the branch with using chalk.  Using the white embroidery floss, stitch over your outline. (I used very large stitches for this section to make it look different.)  You can make the branch only on the cover, or if you want, take it all the way to the other side of the pocket. 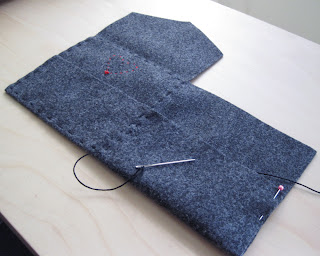 Step 7: Using the black embroidery thread, sew the pockets in place. Go all the way around the front and back pieces.  It should look like two large squares on both sides.  Tip: Start your sewing inside one of the pockets so that the end knot does not show, but instead is tucked in a pocket. 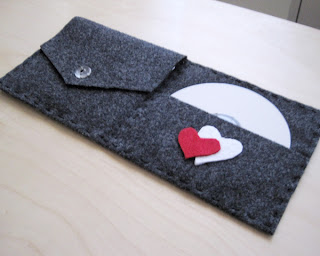 After all stitching is done.  Cut out a few hearts using the fold-in-half method and hot glue to the CD pocket.  If desired, make a small incision on the upper flap and sew a button on the lower flap to keep the envelope closed. 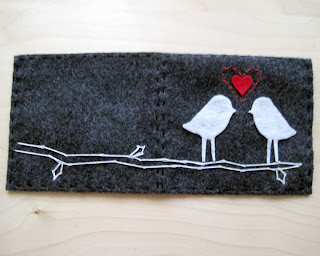